There was a triple appointment for the press, guests, chefs and speakers who were divided between those who skied on the inifinite slopes of Alta Badia, those who attended the Ciasa della Cultura master class, and those who lived the culture experience Ladin at the Runch Farm.

Press, guests, chefs, sponsors and speakers who chose to ski courtesy of Alta Badia, were accompanied by guides and ski instructors from the Christian Ghedina School in Cortina. The day, turned out to be clear even if it was very cold (- 9 °).

To accompany thdiesh, there was water and sparkling wines by Ferrari, Acqua Panna and S. Pellegrino and to close the Lavazza Tierra coffee and the Bonaventura Maschio distillates

3 chefs express their ethical and sustainable idea of ​​cultural change through cooking and the relationship with the territory.

Takashi Iwai with his fusion cuisine between Japan and Italy, told his story, a restaurant situated in a farm in the countryside of Pavia, where his dishes use ingredients self-produced. Seasonality and territoriality are at the base of his cuisine. He cooked for CARE’s : Salad of spinach with chicken livers and surprise tsukune with yolk marinated with star anise.

Jock Zonfrillo presented his project of culinary archeology. With his foundation of rebuilding and rediscovering the culture of the Aboriginal people (Australia) linked to their way of feeding themselves. This goes through the discovery of new foods, which can be fruits, berries or cooking methods ignored by the dominant culture. The mission has been to be the voice of this very rich culture. For CARE’s he cooked Kohlrabi.

Mitsuharu Tsumara has exposed the challenges of his country (Chile) in terms of food production and the local market. The pressure of industry is getting stronger and most of the population is losing the link with their own gastronomic culture. At CARE’s he proposed a dish made with macambo, fruit that resembles cocoa and usually comes from a tree planted next to that of cocoa to keep it in the shade. Recently, nutrients have been discovered that are particularly interesting as well as tasty.

An experiential journey to learn about the traditions and typical Ladin products: how to grind wheat and make bread, how to eat the old way, how to make butter, in the kitchen to find out how to prepare the Tutres.

After a greeting in Ladin by the owner of the farm Enrico Nagler, born in 1949, he started the visit to the ancient farm Runch farm, which dates back to 1712. We are in Badia at the foot of the Sas dla Crusc, a mountain range that is part of the Unesco heritage. Enrico inherited this farm in 1974 and since then continues to work the meadows and woods together with his wife Maria and all his 5 children. For over twenty years the old peasant house has been open to catering, where daily a tasting menu of dishes from the Ladin tradition is offered. In there he cooks with his wife Maria and son Christian.

The Runch farm is a typical closed farm. The law of the closed farm dates back to the empress Maria Theresa of Austria (1775). The legislation provides, among other things, the indivisibility of the property, which passes to a single heir (until a few years ago he inherited only the firstborn male!). The farm includes a property of 42 hectares, between woods and prairies. Between buildings there is the mill from the 40s, where there are the barns, the stables and the central heating biomass. In the stables there are Friesian cows, hens and rabbits and horses of the Norse breed.

The food experience on the farm was accompanied by Sparkling Wine by Ferrari.

They started with the tasting of the malga butter, and then continue to the table with the barley soup, accompanied by turtres, typical Ladin fritters, stuffed with spinach and ricotta, or sauerkraut and cumin, or potatoes and ricotta. Following the cajincì arstis, fried dumplings stuffed with spinach and ricotta, or with poppy seeds, cranberry jam and ricotta. And then cajincì t’ega, typical Ladin ravioli with ricotta and spinach. And finally pork knuckle and ribs. For dessert apple pancakes.

2 chefs and 1 bartender demonstrate mixology according to an ethical and sustainable concept.

At the beginning Norbert Niederkofler and Michele Lazzarini prepared a revist of the trout with dish, using a low vacuum cooking temperature thanks to the Miele steam oven.

To close, Ivan Patruno, bartender of Bulk Morelli, used again the Miele appliances, in particular the vacuum, for the preparation of some basis for the realisation of his interesting cocktail.

The chef Norbert Niederkofler spoke about fermentation during the master class. His concept of natural has been exposed by how he replaces the use of lemon in his cooking because it simply does not grow int he mountains so he must find a new different way to add acidity to his dishes and fermentation is his technique. His is a return to classical cuisine with the use of simple raw materials.

Much of the work is done in the summer to prepare the ingredients for the winter.

Following the chef Lorenzo Cogo (El Coq of Vicenza), a third-generation cook and passionate bartender, he started from kren (an ingredient used in the family for boiled meat) to make a cocktail with absinthe, artemisia and labrotano.

In closing the Valeria Mosca forager (Wooding Lab and Wooding Bar in Milan), specialised in the research and collection of “wild food”, with the idea of ​​cataloging the nature of the planet.

The master was held with the contribution of San Pellegrino, Birra Benedektiner, Miele, Mepra and De Manincor.

Dinner in a high-altitude refuge surrounded by the enchanting landscape of the Dolomites, a UNESCO World Heritage Site.

In terms of fermentation, the cooking technique at the center of this edition saw JP McMahon (Aniar, Galway – Ireland) explore the subject fermentation with his Fermented barley, lard, oil with herbs and hazelnuts

After dinner, the traditional Dancing After Dinner party was held

CARE’s – The ethical Chef Days is the project conceived by Norbert Niederkofler, starred chef of the St. Hubertus restaurant (Hotel Rosa Alpina in San Cassiano) and Paolo Ferretti, owner of the hmc communication agency in Bolzano, with the contribution of Giancarlo Morelli, starred chef and patròn del Pomiroeu in Seregno. 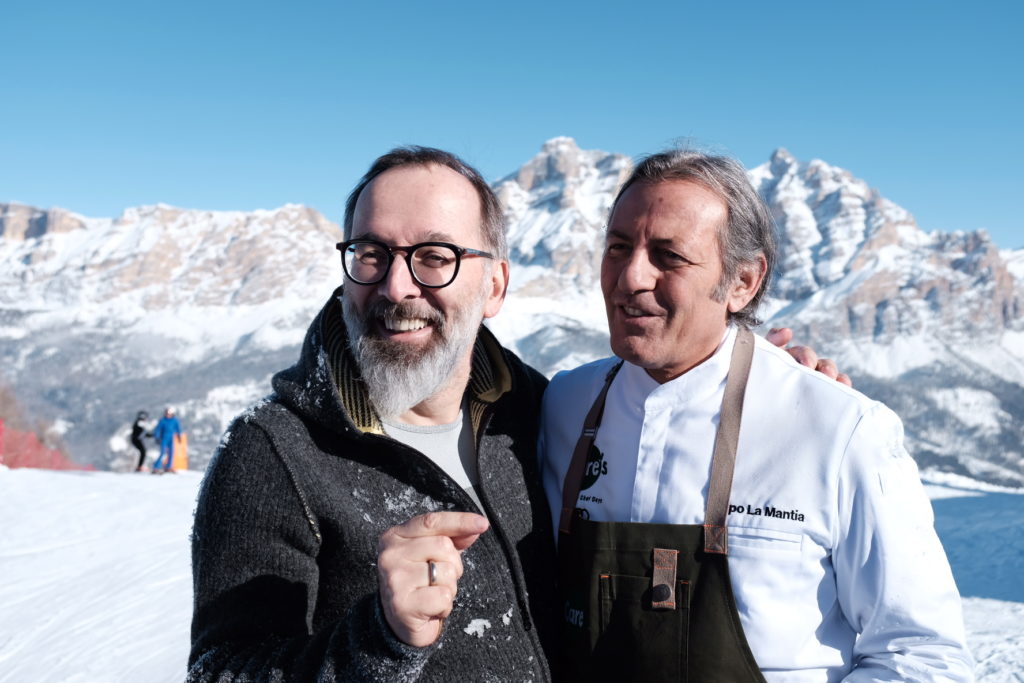 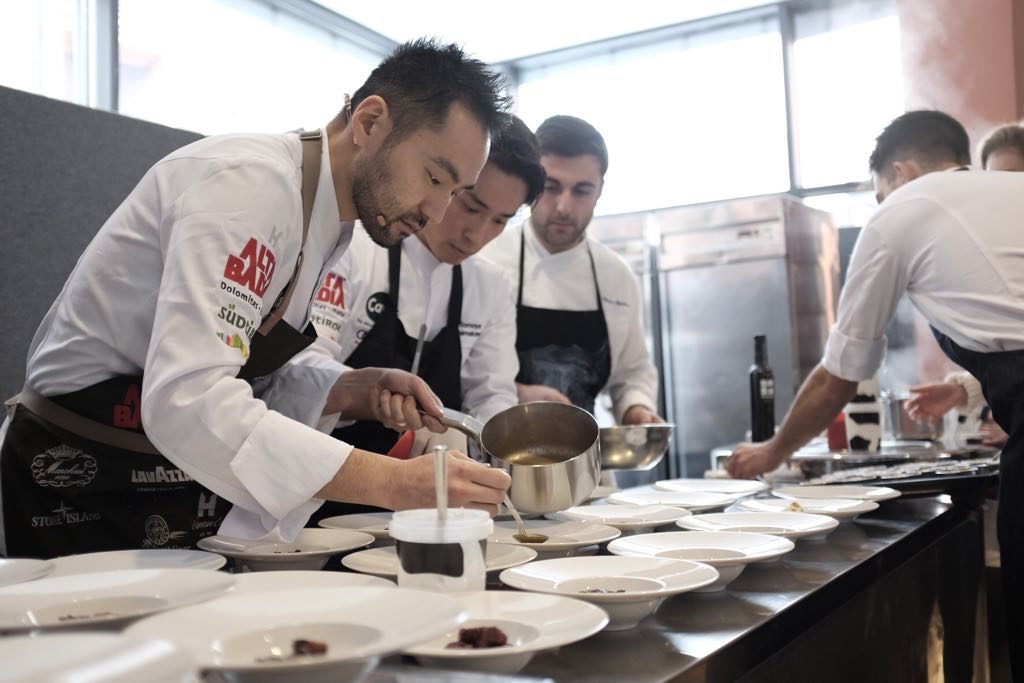 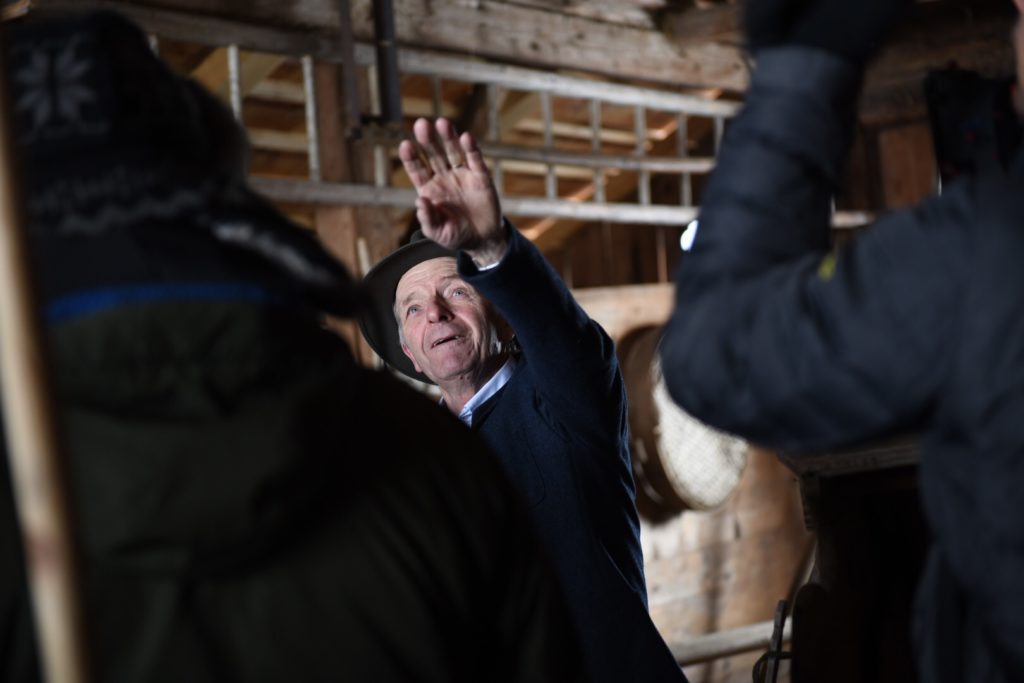 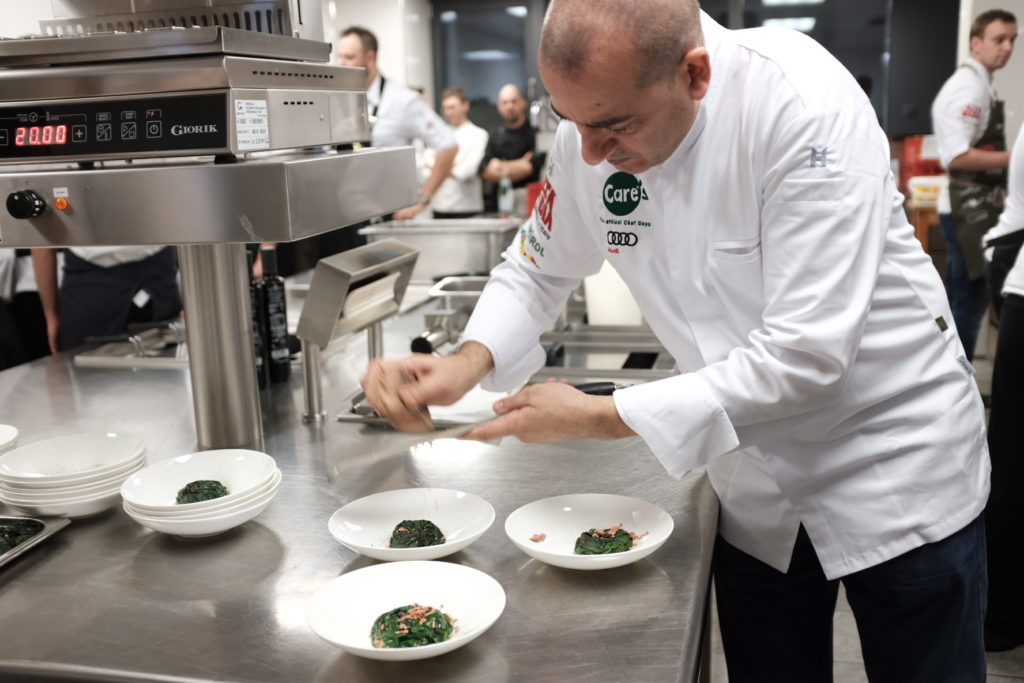