Giancarlo Morelli was born in 1959 to a family of farmers from lower Bergamo, in the area of Martinengo and Ghisalba. His childhood is tied to the perfumes and odours of true ingredients: geese, ducks, chickens, poultry, calves, pigs and all the produce of vegetable gardens and orchards.

In 1976, after studying at Alberghiera School in San Pellegrino Terme, he left for the USA, his first turning point and his first time away from the land of his origin. In his heart he took with him Ferruccio Traini (ex Alpine and veteran of the Russian Campaign, concrete, clear ideas), his teacher from the Alberghiera School, from whom he learnt the fundamental importance of the conscience and memory of all basics. He began, while very young, to come into contact with the great exponents of culture, art, and obviously cooking. He began his journey of experimentation at the oven, and refinement of the palate and technique. A philosophy of research began to take hold of him, which chimes with his ideal of beauty.

It was in 1981 that he started his career as chef with the “Pacific Princess”, moving between France and the USA as a consultant for Italian cuisine in the world.

He opened the restaurant “Pomiroeu” in Seregno in 1993.

In 2009 he was awarded a prestigious Michelin star.

In 2010 he took first prize at the “Concorso Premio Gallo” with his risotto.

In 2012 he participated in high-calibre international events such as “Lo mejor de la gastronomia” in Madrid and “Mistura” in Lima. He became the official endorser for Bulgari and San Pellegrino at the event “Wine&food Noble Night” in St Petersburg.
As a member of the ‘Le Soste’ association, he entered the Euro-Toques.

In 2014 he began to take charge of the summer management of the restaurant Phi Beach on the Emerald Coast.

He was selected for the Expo Colorfood in 2015.
He also collaborated with the Italian Ambassador in Tbilisi, Georgia, for a week celebrating Italian cuisine in the world.

In 2016, he opened the Trattoria Trombetta in Milan, an informal place which nonetheless testifies to his quality and carries his fingerprint.

2017
He arrived in Milan with a space of more than 1,000 sq.m., situated within the new luxury 5 star hotel, l’Hotel Viu Milano, with Morelli, gourmet restaurant, and Bulk, Mixology Food bar. 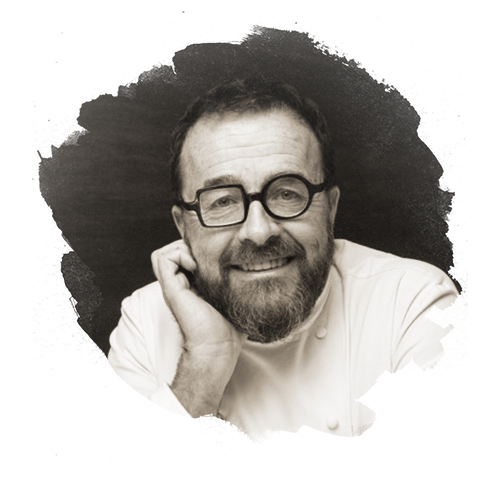