49 Years, three children. He opened the Madia in Licata (Agrigento) together with his wife Loredana in 2000.

Born in Licata, as a child he followed the family in northern Italy. She has lived in Turin, where she studies, works in the factory and delights in the kitchen. Then the hobby becomes a job: after long stays in the kitchens of renowned restaurants (Sorriso a Soriso, Novara, Patio a Pollone, Biella), back to Sicily.

Accuracy in work, learned in the North, the warmth, passion, ingredients and recipes of his childhood found in the South allow him to reinvent, to cook remembering past moments: seasons, symbols of the gastronomic history of his people. A memory kitchen that will bring unanimous success to critics and audiences.

With its restaurant, it has conquered the most important and well-known prizes by the most prestigious gourmet guides.

In 2005 he was the Young Man of the Year for the Italian Restaurants Guide L’Espresso, in 2006 received the Michelin star, in 2008 won the “Three forks” of the Gambero Rosso and the “Three hats” of L’Espresso guide.

In 2009 he receives the second Michelin star. From 2009 she is among the “Five Kisses” of Bibenda’s AIS Guide.

In 2010, he is awarded by Altissimo Ceto for the lunch of the year. From 2011 there are two Touring Touring Two Medals Restaurants. In 2012 he won the Galvanina Trophy as the chef of the year.

In 2013 he received the Pommery Plate Prize of the Year with the Mozzarella Cloud for L’Espresso Restaurant Guide.

For Golosario is the “Chef of the Year”. In 2014 its Egg of Sepia is the dish symbol of the tenth edition of Identity Golose. 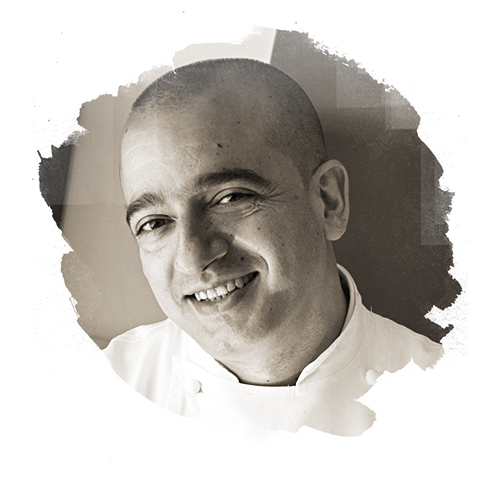