Martina Caruso – born in 1989 – is owner and chef of the Hotel Signum in Salina.
With her family, her parents Clara and Michele and her brother Luca, she deals with the management of the hotel and the restaurant.
Martina is considered by many journalists and professionals as an “enfant prodige” of the Italian cuisine. Already in her childhood she began to take the first steps in the kitchen with her father Michele, who has always been the self-taught cook of Hotel Signum since its opening in 1988.

After having attended the hospitality training institute of Cefalù (Palermo), she successfully joined the professional cooking course of Gambero Rosso in Rome.
Already at that time, during the summer, she went back to Salina to work in the family restaurant in order to improve her skills in the field.

Her first apprenticeship outside the Hotel Signum took place in Rome at the chef Massimo Riccioli’s Rosetta restaurant.

After that Martina went to London to perfect her English while working 5 months at the Jamie s’Italian restaurant of Jamie Olivier under the guide of the executive chef Gennaro Contaldo.
After having returned in Italy, she went on with other internships in some of the most renowned Italian restaurant such as:
Open Colonna, chef Antonello Colonna, one Michelin star – Rome
Pipero al Rex, chef Luciano Monosilio, one Michelin star – Rome
La Torre del Saracino, chef Gennaro Esposito, two Michelin stars – Vico Equense (Naples) 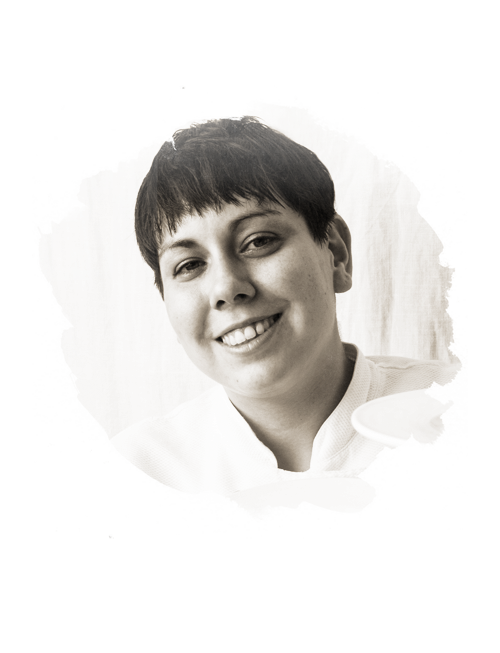