Yoji moved to Italy from Japan more than ten years ago, with a great desire to widen his horizons.
Destiny brought him right to the Osteria Francescana to work with the great Massimo Bottura.
He stayed with the inspiring chef for about ten years. Two years ago Yoji moved from Modena to Milano to start his own restaurant Tokuyoshi. Already a few months after the opening it received the first Michelin star and great accolades from all the important food journalists and food lovers.
Yoji calls his cuisine “contaminated Italian cuisine” mixing his Japanese heritage with the Italian influences.He describes it: “Cucina Italiana Contaminata” is not fusion. Fusion is nothing more than merging of two different things. I was born in Japan, but I have matured in Italy. My cuisine is an expression of this personal experience. It’s birth of something new.”
Contaminated Italian Cuisine is the keystone of restaurant Tokuyoshi philosophy.
The ambition of Chef Tokuyoshi is to let culture influence his cuisine, aiming to create something new. He is not limited by tradition, but instead uses it as inspiration for how the ingredients should be respected.
At Tokuyoshi, the two cultures, Italian and Japanese, both work to inspire and pay tribute to each other. This thought of contamination is limited only to ideas, not to flavors. Every dish has distincti- ve Italian tastes and aromas, but expressed with a Japanese gesture.
This mindset, combined with Japanese methodology, is crucial for every dish, starting from pre- paration in the kitchen, and ending with the final presentation to our guests.
We imagine the relationship between these two cultures is best represented by comparing Italy to earth, and Japan to water. Italian food culture varies greatly from region to region, as it is clo- sely connected to the terroir, while the seemingly simplistic cuisine of Japan more fluidly commu- nicates its ancient history and unique ingredients.
For this reason, we pair every course with a liquid element as a reminder this complimentary unity. 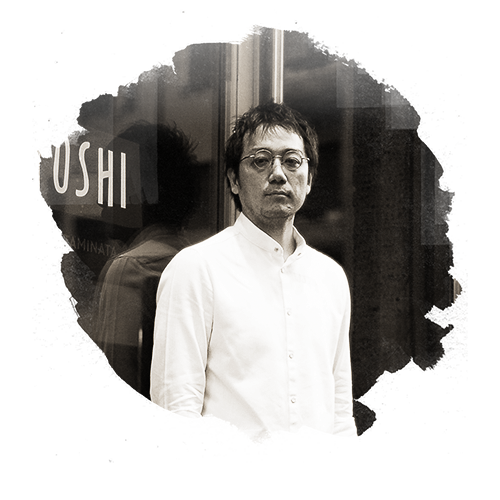