Born in Salerno in 1981, Ludovico has worked at prestigious restaurants and hotels such as the Hotel Santa Caterina in Amalfi, the Capri Palace Hotel in Anacapri (with chef Oliver Glowig), the Mont Cervin Palace in Zermatt (nominated as “The best Italian restaurant in Switzerland” by the Gault-Millau guide), The Fat Duck, owned by chef Heston Blumenthal, in Bray, in the UK, and Noma, in Copenhagen, with chef René Redzepi. He was Executive Chef of the Capofaro Resort in 2012, 2015 and 2016. This young chef from the south of Italy feels just at ease in international Michelin-starred kitchens as he does among the stalls of Palermo’s street markets. He is an exponent of the Tasca d’Almerita family’s passion for fine cuisine, of a deep-rooted, ultra-rich culinary history that combines the teaching of the “Monsù” (chefs of the houses of the Sicilian and Neapolitan nobility) with the know-how of peasants from the old Sicilian estates, up to the present day. Being surrounded by an ecosystem tied to wine is the perfect condition for offering menus whose dishes pair Tasca d’Almerita labels with ingredients from the estates. The cuisine revolves around local flavours enhanced by the sun, the sea and Salina’s volcanic soil, transformed using techniques that bring out their light quality while respecting their essence. An ethical journey of taste with a “slow food” outlook: a coordinated system of vegetable gardens provides 70 per cent of the vegetables used in the kitchen; the fresh fish comes from the sea around the Aeolian Islands; the ancient grain for the bread (made in the restaurant with sourdough starter) and pasta (made by hand in Gragnano) comes from the Regaleali estate. Waste is kept to a minimum and the very few leftovers are composted for the vineyard. 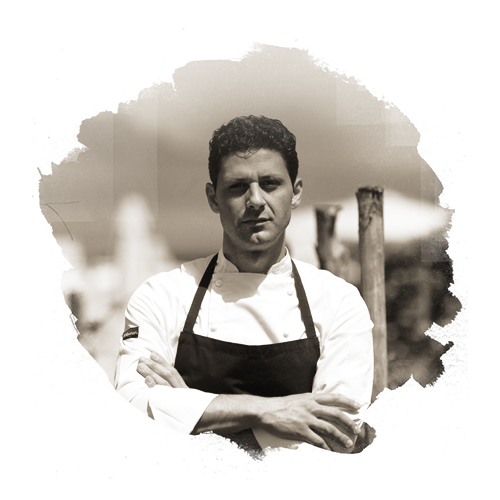