Moreno Cedroni was born on 09/07/1964 in Ancona. He opened the restaurant La Madonnina del Pescatore in 1984.
He attained his first Michelin star in 1996, the Veronelli Sole award in 1999 and three Gambero Rosso forks in 2000. He has also received countless reviews in major newspapers.
In the year 2000, he opened the Clandestino Susci Bar in Portonovo, Ancona, which became a real landmark for sushi lovers.
His first book, Sushi & Susci, published by Biblioteca Culinaria, came out in 2001. One of his most famous dishes, “turbot cutlets” was also the subject matter of a Semiotics degree dissertation, presented by Chiara Buosi.
He created solid cocktails for Martini &Rossi in 2002, and published a book about them, Martini solids.
Finally, his creativity gave rise to the opening of the first fish delicatessen in 2003: Anikò, in Senigallia, followed by Officina, an experimental laboratory with CE marking for making fish cold cuts and preserves, as well as jams, conserves and sauces and other selected and packed products.
He served as the Italian JRE President from 2003 to 2005. He presented his new book, Multipli di venti, recounting his first twenty years in the industry, in January 2004.
He received his second Michelin star in 2006.
October 2008: winner of the Swedish Kungsfenan Seafood Awards for his mastery and technique in handling ingredients, his creativity and ability to fuse the old with the new in his cuisine.
He was an ambassador for AIRC [The Italian Cancer Research Association] in 2010 Maionese di fragole, published by Mondadori, came out in 2011, the first fictional book teaching how to get children to eat vegetables
The book Moreno Cedroni came out in 2011, as part of the grandi cuochi series published by Giunti, providing details of recipes from the previous six years.
In 2012, The Wall Street Journal included la Madonnina del Pescatore as one of the 10 best fish restaurants in Europe
His new book, Susci piu’ che mai, published by Giunti, came out in 2014
He became a member of the FIPE (Italian Federation of hotels, bars and restaurants) advisory committee in 2014
He became an Expo 2015 Ambassador in 2014
He has attended countless fine food and wine congresses: Identità golose, El mejor de la gastronimia, Gastronomika, Omnivore, Le strade della mozzarella, Girona, Lisbon
He was worked with and offered consulting services to many companies, including Moschino, San Resort, Baglioni hotels, Lavazza, San Pellegrino and McCann. 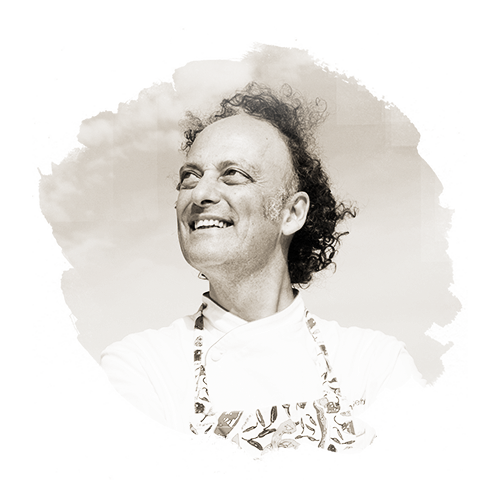