His home was his first cookery school: his mother, a great pastry chef, ran catering events and Rafael and his brothers would give her a hand. When he was 16, he dropped a trayful of sliced beef in its juices right in front of the plum preserve and all the contents mixed together. He picked it all back up again in an orderly fashion, but one slice was completely smothered in jam and he had no choice but to eat it. That moment changed his whole life: that magical combination awakened Rafael’s curiosity for flavours and aromas, and that is how he set about teaching himself, first studying in France, at the Garden Cucine, then in Italy, where he attended many events related to Peru, and then travelling all over Europe.

One important event took place in Carloforte on the island of San Pietro, Sardinia, in connection with the International Tuna-cooking Competition, where his team, with Pedro Miguel Schiaffino and Toshiro Konishi, came second. He won first prize the following year, 2007, as part of another Peruvian team, with Hajime Kasuga and Diego Oka.

Rafael Rodriguez has worked alongside leading chefs of the likes of Luigi Pomata and Roverto Andreoni, and has become great friends with top fellow chefs, such as Pino Cuttaia, Luca Mozzanica, Giancarlo Morelli and Giovanni Cattaneo. 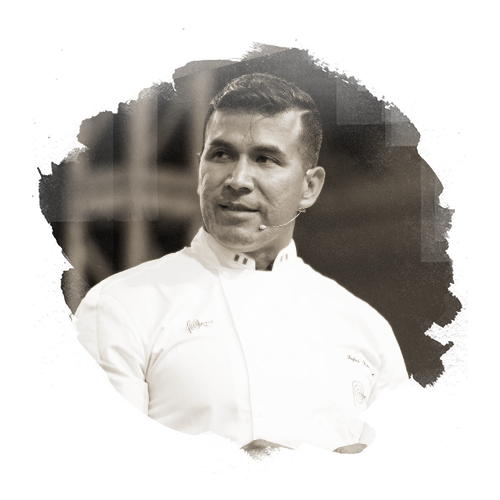